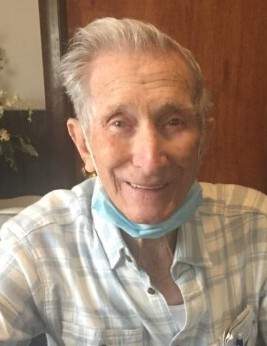 Baxter Joel Davis of Villa Hills passed away on July 27, 2021 at the age of 87. Baxter was an outgoing and selfless man that genuinely enjoyed helping others. He was a lover of the simple things in life and cherished his family more than anything. Baxter was extremely mechanically inclined, he worked as an engineer for several companies traveling to other countries to work on large machinery. In his free time, he enjoyed traveling, camping and gardening. Baxter is survived by his children, Joel (Willa) Davis of Ft. Wright, KY, Gordon Baxter Davis of Independence, KY, Terry Davis of Ludlow, KY, Bobbie Jo Davis of Covington, KY, Susan (Jerry) Elliott of Crescent Springs, KY; grandchildren, Taylor Davis, Joshua (Bethany) Davis, Adam Davis, Sarah Davis, Mandy Davis,  Kevin Davis, Cora (Jerry) Dixon, Maggie Davis, Chris Hummel; 7 great-grandchildren; and sister, Georgia Bellany. He was preceded in death by his beloved wife of 63 years, Margaret “Peggy” Davis; siblings, Paul, Arnold James, Doyle, Ralph, Junior, Cathleen, Evelyn and Anna Mae; and his parents, General Lee and Cora Bell Davis. Visitation will be held on Friday, July 30, 2021 from 12 pm until time of the Funeral Service at 1 pm, all at Floral Hills Funeral Home. Livestream of the Funeral Service is available at the link below.

To order memorial trees or send flowers to the family in memory of Baxter Davis, please visit our flower store.