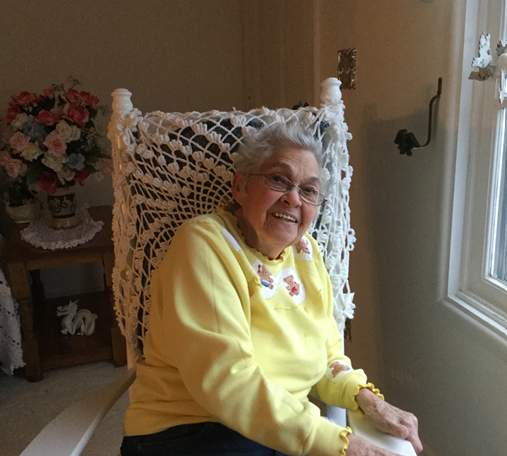 Betty Lou Gardner Durham born 3/27/1930 died on 10/24/2021 in Texas after a long battle with dementia. Betty was born and raised in Water Valley Kentucky, then after marriage, spent 62 years in the same house in Harrison, Ohio. She was preceded in death by her beloved and devoted husband, Russell Durham, and brother-in-law Bernard Durham. She is survived by her cherished schnauzer Danny, one daughter, Anita Ronald, and son-in-law Roger Ronald and her cousin-in-law, Rita Hacker who sent her such thoughtful cards in memory care.

Descended from a long line of Kentucky farmers, Betty grew up with her poor sharecropper grandparents in southwestern Kentucky. Betty’s brother, Cecil, introduced her to his best friend, Russ, when they were all in their early 20s. Betty and Russ ended up in a marriage that lasted over 65 years. Betty’s greatest joy in life was working with her roses and in her lawn. Her yard was beautiful, well maintained, and filled with color and fragrances of her many flowers and bushes. Her home was always immaculate and she loved to crochet and embroider. And in later years, she enjoyed adult coloring and other crafts. She owned miniature schnauzers for 40 years and kept them all perfectly clipped and groomed herself. She mowed her own lawn until she was 86 years old and then she had to be convinced to stop for health reasons. Betty was a lively, imaginative country girl with an abundance of determination and energy.

We wish to thank Frances Quick (and the late Don Quick). They were Betty’s fantastic Ohio neighbors who, for two years after she was widowed, went to the grocery for her, helped her with her meds, took her to doctors appointments, settled her down when she got scared. They both deserve sainthood.

We thank the wonderful staff at Lynridge Memory Care in Murphy, Texas for their excellent and compassionate care for the last years of her life. The world will be quieter and much less colorful without Betty. She will be greatly missed.

There will be no service. Instead please donate to any organization researching dementia and mental health issues.

To order memorial trees or send flowers to the family in memory of Betty Lou Durham, please visit our flower store.