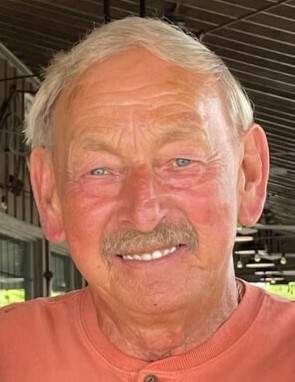 Carl Gillum, 73 of Independence, KY passed away on October 25, 2022, surrounded by his family.  He retired from Sach’s Automotive as a Fabricator, prior to Sach’s he spent 28 years with Johns Manville Roofing & Insulation.  Carl grew up in southeastern Kentucky in Breathitt County.  He loved nature and the mountains and would roam them often with his brothers.  He camped and fished often and made sure that every home he lived was surrounded by trees.  He was an avid gardener and woodworker.  Carl always had the prettiest flowerbeds and made the greatest improvements around the house.  He was creative, an artist (in his own way) and could fix anything with duct tape.  Carl loved music, especially Bluegrass and was often found playing his guitar and singing on the front porch.  He was athletic, he loved bowling, basketball and played softball for years on various leagues with the guys.  Carl loved NASCAR and his beloved Wildcats but didn’t love them nearly as much as his family and friends. He invested in them very intentionally and maintained regular contact even if with just so much as a simple text message. Carl leaves a legacy of connection to those he called his. He was preceded in death by his Parents, Charlie and Katie Gillum; Son, Eric Brown; Brothers, Rondell Gillum and Danny Gillum and a Sister, Bertie Frazier. Carl is survived by his Loving Wife of 30 years, Connie Berling Gillum; Children, Jamie Bowling (Steven), Melissa Bryant (Keene), Shannon Gillum (Ginger Collins) and Jason Brown and 8 Grandchildren; his sisters, Gladys Haddix (the late Bill); Linda Hollan (Ray) and his brother, Sherman Gillum.  A visitation will take place on Sunday, October 30, 2022, at Floral Hills Funeral Home from 12 noon until the Service at 2 pm. Burial will be private for the family.  Online condolence may be expressed at www.floralhillsmemorialgardens.com.

To order memorial trees or send flowers to the family in memory of Carl Gillum, please visit our flower store.