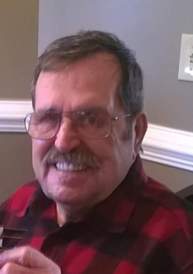 On Tuesday, April 7, 2020, Edward Ray Mahan passed away at the age of 80. He was a loving husband, father, brother, grandfather and uncle.

Edward was known to many by “Slick”, “Pops”, “Crash”, “Papol”, “Papa Smurf”, just to name a few. He was a “Jack of all Trades” and a man of few words. Eddie was a member of New Hope Tabernacle in Walton, KY. He enjoyed fishing, hunting, and shooting guns, but most of all FAMILY. He truly loved his wife Elizabeth “Betty” or as he would call her “My Baby”. He always looked forward to family gatherings, especially Thanksgiving and Christmas. He always sat at the head of the table and had his own turkey leg. He was the GLUE that held the family together.

His final resting place will be at Floral Hills Memorial Gardens in Taylor Mill, KY. A celebration of life will be set for a later date to be determined by Family.

To order memorial trees or send flowers to the family in memory of Edward Mahan, please visit our flower store.