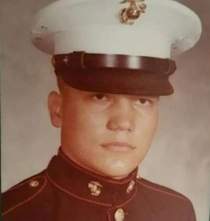 Edward Brennan Tilley III was a loving father, grandfather, brother and friend. He passed away on January 31, 2022 at 7:20 am in Edgewood, Kentucky.

He was born to Edward and Charlene Tilley on July 22, 1955 in Covington, Kentucky. After graduating from Holmes High School in 1973, he volunteered to serve his country in the Marine Corp. It was there in California, while stationed at Camp Pendleton, he met the love of his life, Robin West. They soon married and had 3 children, Edward IV, Shannan and Joscelyn.

Edward worked as an aviation mechanic for Boeing Corporation and moved his family to Arizona where he and his wife raised their children.

Edward loved spending time with his family and creating memories. He often took his family on trips, to restaurants, and he loved taking drives and exploring new places.

Edward was known for his sense of humor and brought joy to everyone around him. He was the king of corny dad jokes and always made his kids laugh.  Each of his children describe their dad as their best friend and they will never stop missing him. His grandchildren adore him and have lots of funny stories about their papa.  They feel blessed to have had such a kind loving father and grandfather.

Edward is survived by his 3 children Edward, Shannan and Joscelyn; grandchildren Savannah, Kalei, Noah and Olivia; his sister Deborah and his brother Bruce.

A Visitation will be held at Floral Hills Funeral Home, Taylor Mill, KY on Wednesday, February 9, 2022 from 11am until the time of Funeral Service at 1pm. Memorial Contribution may be made in Edward’s name at www.va.gov/homeless to help homeless veterans.

To order memorial trees or send flowers to the family in memory of Edward Tilley III, please visit our flower store.