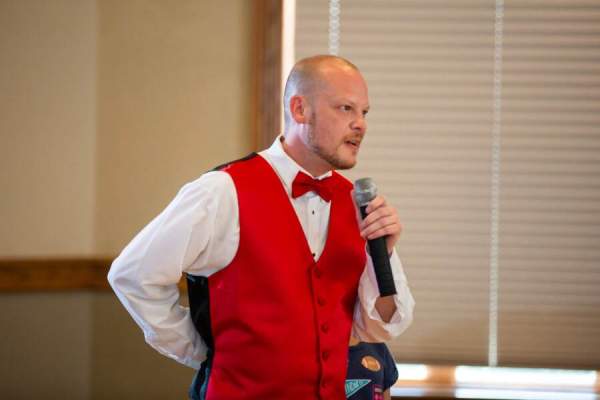 Elijah Gabrial Kirtman, 42, of Burlington KY, passed away unexpectedly in the hospital on Sunday Feb 20th. He was born in Covington KY on May 23rd, 1979. He attended Ludlow High School and then started his undergraduate degree at Northern Kentucky University. He took a break from college to spend some time in the Navy and after being discharged went back and finished his degree in Psychology from Northern Kentucky University. He married to the love of his life Ella in secret on Dec 25, 2020. They had two babies (aka dogs), Zeus and Ares, as their children.  After his time in the Navy and finishing his degree, he spent a decade traveling the world working as a special agent for the US government. With all that combined experience he was finally able to monetize his true passion which is writing. He worked as a ghost writer writing about cybercrimes until finally last year starting his own company, the G-Force which specializes in cybersecurity copywriting. He was survived by his mother, 3 sisters, 2 brothers, his wife and 2 dogs.  Funeral services will be held at 1 PM on Monday, February 28, 2022, at Floral Hills Memorial Gardens & Funeral Home | 5336 Old Taylor Mill Rd. Covington, KY 41015, where visitation will be held from 11-1 PM.

To order memorial trees or send flowers to the family in memory of Elijah Kirtman, please visit our flower store.