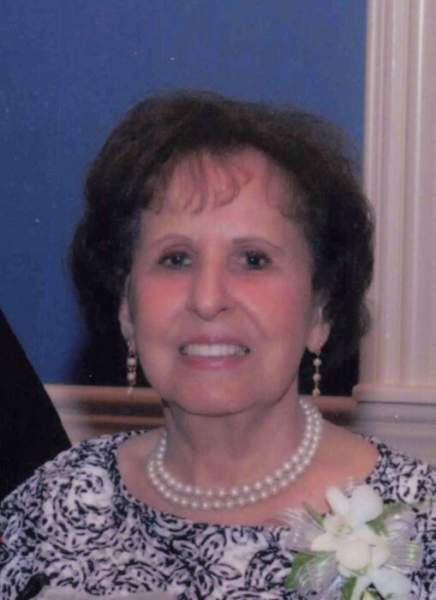 Eva Farris was born December 5, 1918 in Havana, Cuba and died peacefully on Tuesday, September 6, 2022 at Rosedale Green, Latonia, Kentucky. She is survived by her husband of seventy-two years, Oakley B. Farris.

Eva’s life began in Havana, Cuba where she grew up and attended Catholic grade school and high school. She went on to the University of Havana and received her master’s degree in commerce. She then enrolled in Columbia University in New York City. During one of her trips from Columbia to Havana, she stopped in Miami, Florida during a terrible hurricane and there her life changed forever. She met a gregarious young man from Eastern Kentucky whose big smile she just could not resist. His name is Oakley Farris. After two years of telephone calls and letters, they were married in St. Patrick’s Cathedral, New York and then started their new life together in Covington, Kentucky.

When Eva married Oakley, she took over the couple’s finances. She learned to drive and bought a car to surprise Oakley, who swore off driving after failed attempts to drive while he was serving in the Army. She began driving him around the country on his business sales calls. Eva was a savvy businesswoman. She encouraged Oakley to turn a duplex into an apartment building and with Eva’s creative design converted space into two efficiency apartments creating a living space, two car garage and attic space into a furnished studio apartment. Soon, the two set a goal and typed up a contract that stated by a certain date they would own twenty apartments. Oakley and Eva each carried a contract and posted one on their bathroom mirror. They started with nothing until they demolished an old metal garage. Construction and design began rapidly on their first dream, building two studio apartments. Soon after, they had acquired twenty more apartments. At their peak they owned more than forty buildings containing over one-hundred-and two apartments. Oakley always says that Eva has been the couple’s driving force, literally, and figuratively, for much of their marriage. Oakley Farris has always credited his wife for his success, and it is the reason why so many of their charitable endeavors bear her name.

From the very beginning until the present day, she inspired her husband with the confidence that he could do anything that he set his mind to. Nothing was impossible. They worked closely together in business and invested wisely particularly in their Covington community. Their investments grew and paid tremendous dividends over time allowing them to supplement Eva’s longstanding and remarkable community and charitable work. The Farris’s have made numerous investments in our community which is a wonderful testimonial of “giving back.” Eva made it her business to help others, especially young people, exceed their fullest potential. Among the many charitable contributions of the Farris’s are:

To order memorial trees or send flowers to the family in memory of Eva Farris, please visit our flower store.