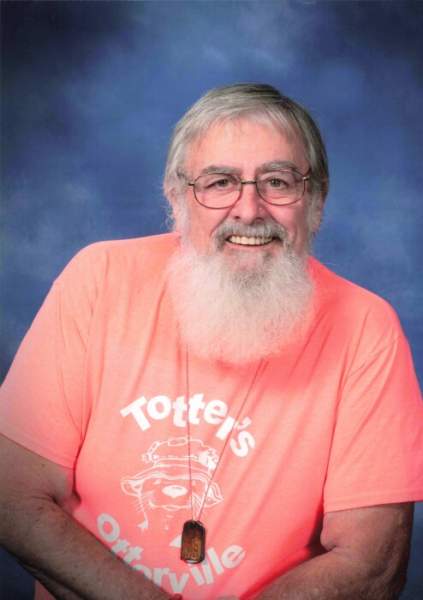 Gail Patrick Enlow (Pat), 74 of Covington, Kentucky passed away on February 8, 2022. He was born in Hodgenville, Ky on October 18, 1947 to Leonard and Grace (Meredith) Enlow. Gail (Pat) served honorably in the United States Air Force from 1965 to 1971, during the Vietnam war. Later he happily married his sweetheart, Karen Schwartz and had two children, Melinda and Doug. Pat spent most of his adult life working for Interlake Steel/ Newport Steel. He retried from Tank and enjoyed working for Lyft during his retirement as well as volunteering at Latonia Action Ministries.

Pat enjoyed many hobbies in his free time, such as carpentry, fishing, winning big at blackjack and fellowshipping with his friends and family. But nothing compared to the time he spent with his beloved grandchildren. He was an active member of the VFW Post #6095 and was honored to serve as a Post Commander. Christmas time was his favorite time of the year and he loved to dress as Santa at Totter’s Otterville. Pat was also an active member of the Latonia Christian Church where he enjoyed attending bible studies and singing “loud and proud” to every song played.

Memorial Contributions are suggested to Latonia Christian Church or VFW Post #6095 in honor of Pat.

Memorial gathering will be held at Floral Hills Funeral Home on Tuesday, February 15, 2022 from 9am until the time of Memorial Service at 11am. Floral Hills is honored to serve Gail Patrick Enlow’s family.

To order memorial trees or send flowers to the family in memory of Gail Enlow, please visit our flower store.