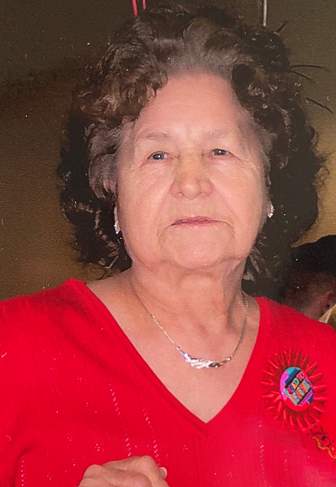 Age 94 , of independence KY, passed away peacefully and went to be with the lord on Thursday, December 9, 2021.
She was born on February 22, 1927.
She was the daughter of the late Orville and Amelia Clayton.
Anyone that new Georgia knew how much she was devoted to her family. Along, with her late husband Rev. Junior Farley, they raised a large family. She was a member of Community Family Church. Her faith in Christ carried her through her life.
She is preceded in death by her late husband Junior Farley, sons Clayton (Bucky) Farley, Joe Farley , Luke Farley, Daniel Farley and daughter Georgia Ann (Tuttle), and seven siblings.
Her surviving children are Bobby Clayton, David Farley, Frances (Ray)Sherrod, Chris (Christina)Farley, Martha (George) Grevas,
Harold Farley, Lorraine (Bob) Wade, and Phillip Farley. Along with 20 grandchildren and 26 great grandchildren and many nieces and nephews.
Visitation will be held at Floral Hills Funeral Home on Thursday, December 16, 2021 from 11am until the time of Funeral Service1:00pm. Burial will immediately follow at Evergreen Cemetery, In Southgate, KY.
Memorials are suggested to Community Family Church 11875 Taylor Mill Rd, Independence, KY 41051

To order memorial trees or send flowers to the family in memory of Georgia Farley, please visit our flower store.