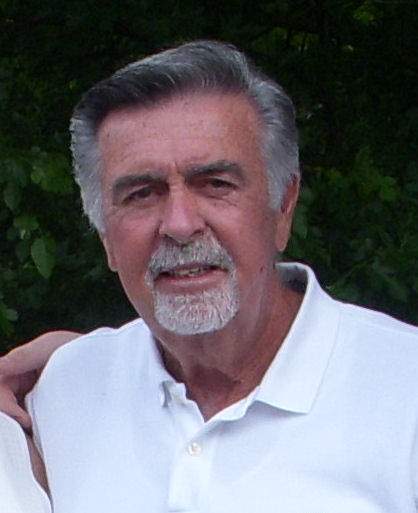 James Andrew Miller, 80, originally of Pittsburgh, Pennsylvania, and residing in Independence, Kentucky, died Saturday, April 25, 2020, in his home after a courageous battle with cancer. He was born May 17, 1939 to the late Edward and Margaret (Tate) Miller. He grew up on Farlson Square in the Pittsburgh neighborhood of East Liberty. Jim was a natural athlete and played in the local baseball league. He attended Central District Catholic High School where he became a star basketball player, and then went on to the University of Toledo on a basketball scholarship where he continued to show off his talents at the college level. He graduated from the University of Toledo with Bachelor of Business Administration in 1962 and joined the Armed Forces. After serving our country and receiving an honorable discharge in 1968, Jim went on to a successful career in sales and management in the food, glass and closure industries at Kraft Foods, Glass Container Corporation, and finally Crown Cork and Seal Company, from which he retired in 2009.

Jim was an excellent golfer and did not miss an opportunity to join his friends, co-workers or clients for a round of golf any time of the year. He also enjoyed taking vacations to the beach and the Great Smoky Mountains with his family. He loved landscaping, painting and home projects, and he also loved to cook for his family. He will be remembered fondly for his wonderful black bottom pie recipe.

In addition to his parents, Jim was preceded in death by his infant son, James Andrew Miller, Jr. and by his brother, Edward C. Miller of Brentwood, Pennsylvania. He is survived by his wife Tricia (Cooke) Miller, his daughters Melanie (Richard) Schwartz and Melinda (Rodney) Gaetano of McMurray, Pennsylvania, and his grandchildren Connor and Hunter Schwartz and Shelby and Sienna Gaetano. Left behind to cherish his memory are his stepson Gregg Cooke, his sister-in-law Donna Dolan and his niece Alexia Dolan.

The FLORAL HILLS FUNERAL HOME in Taylor Mill, Kentucky is assisting the family with the funeral arrangements, but due to the current COVID-19 limitations, arrangements have not yet been finalized. The family asks that any memorial contributions be made to Central District Catholic High School, 4720 Fifth Avenue, Pittsburgh, PA 15213 in Jim’s remembrance.

To order memorial trees or send flowers to the family in memory of James Miller, please visit our flower store.