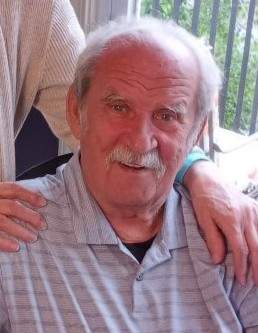 Joseph Anthony "Tony" Brosky, Sr. of Burlington passed away on August 2, 2021 at the age of 77. Tony proudly served in the US Navy for 4 years during the Cuban Crisis. He spent some time working for the US Postal Service as a mail carrier before he became a Covington Firefighter. He worked for many years in the railroad industry as a fireman engineer. After retiring from the railroad industry he worked as a skycap at CVG Airport. In his free time he enjoyed gardening, baking, watching hummingbirds, fishing with his family, occasional trip to the casino but most of all, spending time with his family especially his wife, Pat. He was extremely proud of his children and grandchildren. Tony is survived by his loving wife and best friend of 57 years, Patricia Brosky (nee Carnohan); children, Tony (Jean) Brosky, Jon Daniel (Stacey) Brosky, David Brosky and Shannon (Roger) Redmon; grandchildren, Kenny, Chelsea, Joey, DJ, Jackie, Trent, Leah and Jacob; 3 great-grandchildren; sisters, Lucille Evans and Faith Brown and brother, Mark Brosky. Tony was preceded in death by his son, Nicholas Brosky of whom he was so proud, also his mother, Catherine Brosky. A Memorial Gathering will be held on Friday, August 6, 2021 from 11 am until the Memorial Mass at 1 pm, with a Celebration of Life immediately following, all at Immaculate Heart of Mary Parish, 5876 Veterans Way, Burlington, KY 41005. Floral Hills Funeral Home is honored to serve the family.

To order memorial trees or send flowers to the family in memory of Joseph Brosky, Sr., please visit our flower store.