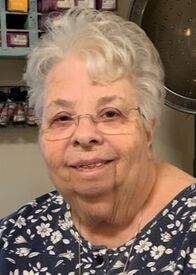 
Judith Anne Hahn, 79, of Columbus, formerly of Cincinnati, OH, passed away in the presence of her family on June 8, 2022.  She was born March 4, 1943 in Philadelphia, Pennsylvania to the late Carl John and Rose Sbaraglia Drexler.  She married Robert A. Hahn on August 27, 1966 at Runnemede, New Jersey, and he preceded her in death on November 10, 2017.  Judy was a teacher as well as a paralegal, also serving on the Ohio State Board of Education.  She is survived by her son Philip (Amy) Hahn, of Cincinnati, OH; daughters, Rebekah (Quinn) Ford, of Columbus, and Cynthia (Shandon) Stamper, of Highland Heights, KY; brothers Mark (Rhonda) Drexler, of Burlington, IN, and Carl (Linda) Drexler, of Williamston, NJ; and sister Deborah (James) Sincavage, of Mt. Airy, NC; and several grandchildren.  She was also preceded in death by her grandson David Hahn.  A visitation will be conducted from 2:00 – 4:00 PM, Sunday, June 12, at Christ Fellowship Church, 125 Lind Drive, Edinburgh, IN.  A funeral service will be conducted at 12:00, Noon, Monday, June 13 at Floral Hills Funeral Home, 5336 Old Taylor Mill Road, Covington, KY with visitation from 11:00 AM until the service at the funeral home.  Burial will be in Floral Hills Memorial Gardens, Covington.  Memorial gifts have been suggested to Our Hospice of South Central Indiana, 2626 E 17th Street, Columbus, IN 47201, or online at OurHospice.org.  Arrangements have been entrusted to Community Funeral Care, Edinburgh.  To view the obituary or make online condolences, visit www.community-funeral.com

To order memorial trees or send flowers to the family in memory of Judith Hahn, please visit our flower store.