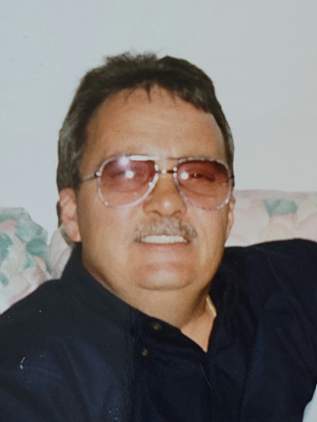 It is with a heavy heart that I announce the passing of my dad, Marshall “Larry” Myers.   On Friday, September 24, 2021, he was reunited in heaven with his wife Carol Ann Myers (2016).

Larry was a true hero, serving his country in the US Army during the Vietnam Era.  During his service he received the National Defense Service Medal, Vietnam Service Medal, Combat Infantryman Badge, Expert Badge M14 Rifle and the Purple Heart.

In 1973, he was appointed to the Covington Fire Department where he served as Engineer at Company 2, until retiring in 1993.

Always a man to remember the fallen, Larry, alongside his daughter, was proud to have laid a wreath at the grave of the Unknown Soldier in Arlington National Cemetery in October of 2017.

Larry is survived by his daughter and son-in-law Jennifer Myers and Louie Grout II; son and daughter-in- law John C. and Lynn Myers; grandchildren Landen Hendershot, Annalee Grout, Amber Myers and Adam Myers; brother and sister-in-law David and Judy Howard; a special friend he loved like a granddaughter Kennedy Lewis; as well as many extended family members and friends.

A Memorial Gathering will be held at Floral Hills Funeral Home, Taylor Mill, Kentucky on Sunday, October 3, 2021, from 11 am until time of Memorial Service at 1 pm.  Military Honors will immediately follow. Memorial contributions are suggested to St Elizabeth hospice, Edgewood, Kentucky or Premier Hospice, Indianapolis, Indiana.

To order memorial trees or send flowers to the family in memory of Marshall "Larry" Myers, please visit our flower store.