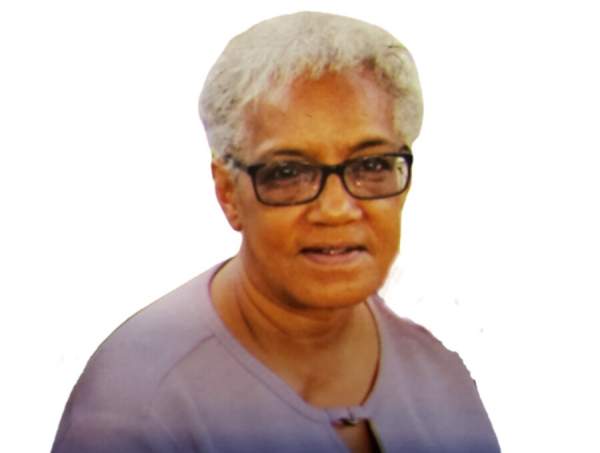 Pauline Perrin-Stone was born on September 23, 1946 in Covington, KY to the late Birdie Bell and Eugene Perrin. Pauline departed this life on April 19, 2022. Pauline graduated in 1965, the last class of the former Lincoln Grant High School. She lived in Covington, KY for majority of her life but also enjoyed some of her good years in Brookhaven, NY. While in New York, she was employed by the IRS. She left New York and moved to West Virginia where she worked as an Air Traffic Controller. Relocating back to Covington, KY, Pauline worked for Newport Steel for several years before finishing her career at the IRS. As an identical twin, Pauline enjoyed the many games of tricking people in school who didn’t know the difference between her and her twin. This went on throughout life into her last years working at the IRS. People would speak to her as if they knew her sometimes believing that she was actually Priscilla. Only a few could tell the difference between the two until Pauline would speak. She was humorously known as the meaner one of the twins. Pauline was a loving twin, mother, daughter and auntie. She had a huge heart and lived for time with her family. She would host everyone at her home for a 4th of July celebration annually with a larger- than life firework display. She was known as the feisty and sassier twin who had everyone’s back. She would take anyone on when it came to her family. She spent her last days with this same spunk as she enjoyed her grandchildren and family. Pauline was preceded in death by both of her parents, her loving brothers Eugene, Nelson (Anna), and John Perrin, James (Janet) as well as her great grand-daughter, Sha’railyn Wright. She leaves to cherish her memory: identical twin sister Priscilla Perrin-Lawson and sister Rebecca Perrin-Rhodes; sisters-in-law Audrey Perrin, Danville, KY and Linda Howell-Perrin, Covington, KY; one biological son John Allen Stone, Jr, raised as her 3 bonus sons, James Perrin II (Jessica); Diauve Behanan great-nephews; and Dwayne Rhodes nephew; grandchildren, John Powel; Crystal Lewis; Jalese Stone; Jon Stone; Jonasia Stone who was also her best friend; Jaziryha; Johntae; and Johnterrieah Stone, 8 great-grandchildren; and a host of nieces, nephews, cousins and friends. Funeral services will be held 1:00 P.M. Friday, April 29, 2022 at Floral Hills Funeral Home, where visitation will be held from 12-1 PM, with interment at Floral Hills Memorial Gardens.

The family of Pauline Perrin Stone would like to express our sincere appreciation for the prayers, cards and calls. Your expressions of love and sympathy and care brought us comfort.

To order memorial trees or send flowers to the family in memory of Pauline Stone, please visit our flower store.