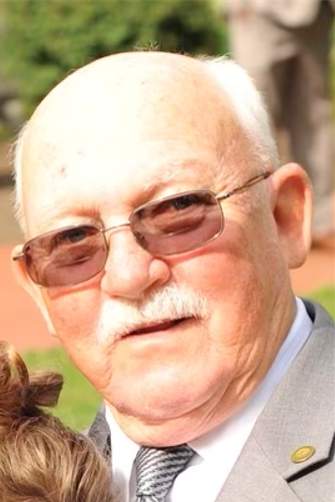 Philip George McGuire of Bellevue, Kentucky died on October 29, 2021. He was a beloved husband, father, and grandfather. He died at St. Elizabeth in Edgewood, surrounded by his closest family. He had just celebrated his 85th birthday.

He was born on October 11, 1936, in North Salem, New York to New York native Beatrice (Totten) and Scottish immigrant Felix McGuire. He was a proud older brother to Donald, John and Robert. He graduated from Peekskill High School in 1956 and promptly enlisted in the United States Army.  In March of 1962, he married Jean (Cupp) and they had three children: Sarah, Richard, and Tony. He served as Sargent First Class Military Police until he retired in 1976. His years in the Army took him to New Jersey, England, Korea, Missouri, Germany, Georgia, and Kansas. He was a proud Veteran.

He spent 27 years working for Cincinnati Drum, until retiring in 2004. Many of those years were spent as a truck driver for the company. He was a hard worker with a strong work ethic.

After retirement, Phil found many ways to stay busy. He started to spend a lot of time canning and was happy to share it with his family and friends. He always enjoyed cooking for others and spent a lot of time preparing for the holidays with his family. He loved sitting on his front porch and socializing with his neighbors. Growing up, his father Felix played piano in a band and Phil always enjoyed playing, too. Like his father, he could pick up any instrument and figure it out quickly. He had an ever-growing coin collection and enjoyed sharing it with his family. He could often be found watching reruns of old game shows and episodes of The Andy Griffith Show. He loved reading the newspaper and tending to his yard. Over the years, he invested a lot of time researching his family history and composing binders full of his findings. He was a quiet man but enjoyed being silly and making others laugh.

Visitation will be held on Saturday, November 6, 2021 from 10am-12pm at Floral Hills Funeral Home at 5336 Old Taylor Mill Road in Covington, Kentucky. Funeral service to begin at 12 pm with burial following at 1pm.

To order memorial trees or send flowers to the family in memory of Philip McGuire, please visit our flower store.