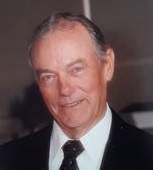 Utah Acuff, age 94, passed away suddenly on Monday, February 22, 2021.  A U.S. Army WWII veteran, Utah later worked as a Railroad Engineer retiring from Conrail after 38 years of service.  Utah enjoyed hunting, fishing, and beekeeping.  He spent many days on his farm in Pendleton County working in his large garden and orchard there and at home.  Having grown up in Four Mile Hollow, Kentucky, he was a lifelong fan of country and bluegrass music.  He liked picking his guitar, playing his jaw harp and harmonica, and yodeling.  He and his wife, Arizona, celebrated their 70th wedding anniversary in 2020.

A Visitation will be held at Floral Hills Funeral Home on Thursday, February 25, 2021, from Noon until time of Funeral Service at 2 pm.  Facial coverings/masks are required.

To order memorial trees or send flowers to the family in memory of Utah Acuff, please visit our flower store.