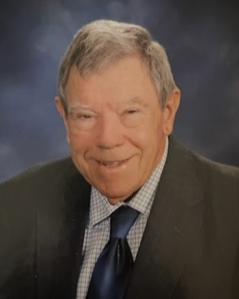 He died peacefully at 4:30 pm on December 7, 2022 at Woodcrest Nursing and Rehab Facility, Elsmere, KY.

Faithful and long time member of Piner Baptist Church, he acted as deacon for many years.  He previously attended Big Bone Church.  He was a devoted servant of the Lord and many family members and friends. Bill always wanted to help and never liked to be idle.

Always a hard worker - he drove a tanker truck for Maxwell Trucking as a member of Teamsters Local 100 tanker division for many years until he retired to act as caregiver to his wife, Emma Jane.  His early career included driving a milk truck and working at American Tool.

Bill was a very kind, thoughtful, and generous person, almost to a fault.

If you wish, in lieu of flowers, please donate to St. Elizabeth Hospice or a charity of your choice.

To order memorial trees or send flowers to the family in memory of William Eugene Johnson, please visit our flower store.